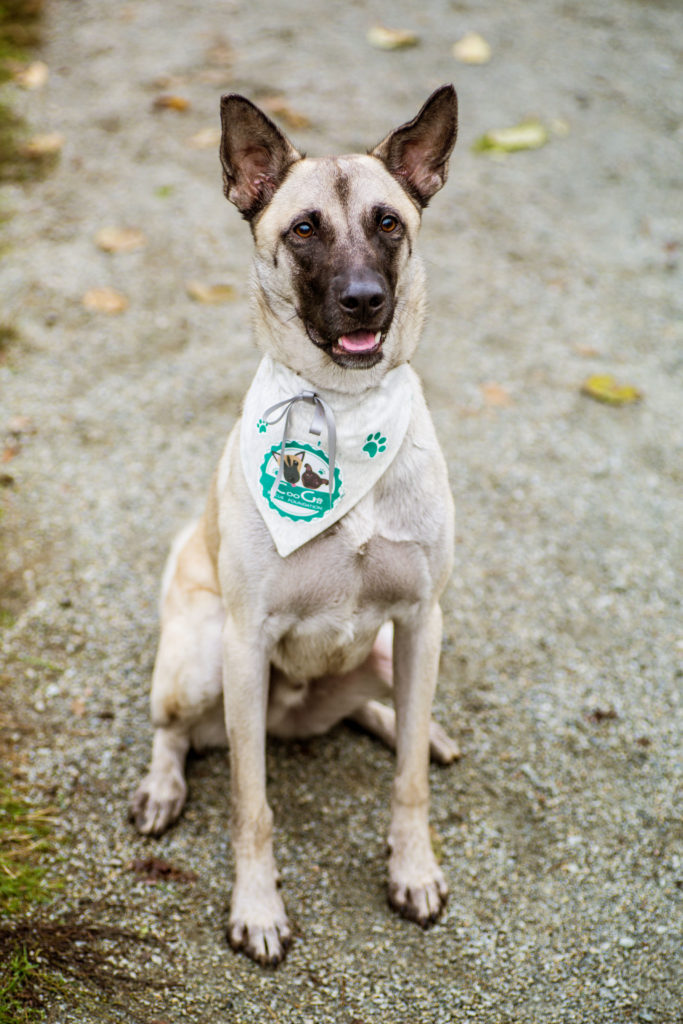 Cooper was part of a litter of 5, found placed in the park in a cardboard box by the volunteers who were out feeding stray cats. They were about 7 weeks old at the time, clean and appeared to be well-fed. When the local residents saw the puppies, especially Cooper, they recognized which family they were from. Sadly, they were dumped by irresponsible dog owners who don’t spay or neuter their dogs and leave them wonder on the streets outdoors. Cooper is the last puppy when Iris saw his picture and fell in love with him. Cooper is a gentle giant who loves chasing balls. He also cuddles with his feline brother Lupi. He is now one of our brand ambassadors like Sango! 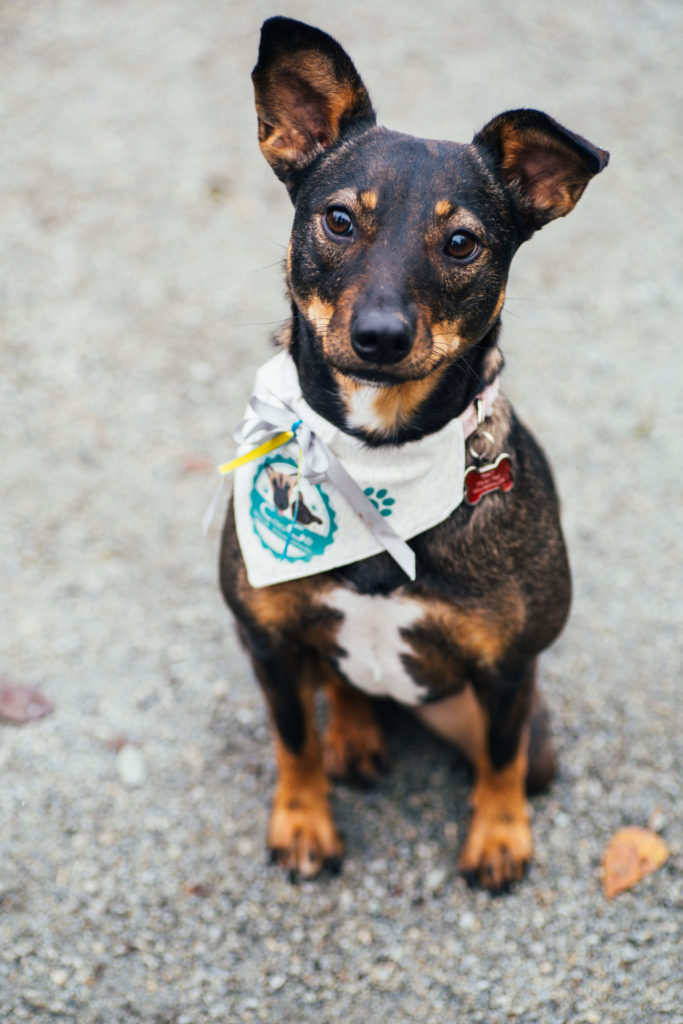 Sango was found limping, with a rotting wound on her right leg, struggling to get some food at the rescuer’s feeding area. She was only about 3 months old. Despite her injuries, she is very trusting and affectionate. The rescuer took her to the emergency vet, and unsurprisingly, her paw was snapped off by an animal trap. Her wound was infected so badly that her leg had to be amputated. Being a puppy with a cheery personality, she quickly bounces back. Her favourite thing to do is cuddling with Nana the cat and chasing squirrels. She is now our home check ambassador!

Iris and Tracy adopted Cooper and Sango, the two beautiful Formosan Mountain Dog mixes from Taiwan, and there’s no going back! We wanted to bring more amazing dogs like Cooper and Sango to Vancouver, and hence the birth of Coogo!

Most of the dogs we save from Taiwan would live short, difficult lives, each new day a challenge to find enough food to stay alive while trying to avoid people intent on torturing or killing them. The lucky ones are rescued, restored to health and rehabilitated by compassionate individuals who then reach out to rescues in Canada for help finding them loving homes. Many of them will have a missing limb that had to be amputated to save their lives. When they are ready to travel and a foster or adoptive home has been found for them, they are flown to Vancouver, BC to start their new and much improved lives!

In the midst of the COVID-19 pandemic in August 2020, Becky contacted Tracy about the rescue efforts in Beijing. Growing up in the Northern China, Becky has deep connections with her home country and the dogs that live on the beautiful soil. When China introduced the ban on owning dogs taller than 35cm in the city, the government has turned this beautiful country into a living hell for the dogs. The law enforcement can literally bludgeon the “oversized” dogs to death on the street and get away with it — they are not the ones that infringed the law. The dog meat trades don’t “farm” the dogs, they steal them outright from the streets, from people’s homes. If you see your neighbours moving without bringing their dogs, chances are, they might have sold them to the dog meat trades. Not only so, the animal torturers would circulate the cruelty videos on the Chinese social media and profit from these videos. Seeing what Becky saw, it is difficult not to support the rescue effort! Thanks to Becky, CooGo will be starting the pilot project to save the dogs from Beijing!